Leslie Hamilton stood with her arms slightly outstretched in the middle of the fitting room, surrounded by an array of 16 infrared sensor cameras.

The Fit:Match store manager, wearing a sports bra and yoga pants, waited as cameras captured a 3D scan of her body using biometric technology similar to Apple’s Face ID. In a matter of seconds, the retailer’s proprietary software took 150 body measurements, such as arm and leg lengths, and bust, hip and waist size. Later, Hamilton logged onto Fit:Match’s website, which showed her only the clothes in stock that would fit her.

“I was blown away when I first saw this,” Hamilton said during a recent media tour. “You’ll never have to try on anything again.”

Fit:Match, a retail and technology start-up that opened a pop-up shop last month at Baybrook Mall in Friendswood, envisions a future where people can buy clothes online without worrying about whether they would fit. As more customers become accustomed to shopping online for clothes, a growing number of apparel retailers such as Fit:Match are looking to digital tailors to drive sales and reduce returns.

Americans spent $102 billion online on apparel and accessories last year, representing a third of total retail sales in the category. In fact, apparel is one of the fastest-growing e-commerce segments, growing 18.5 percent year over year in 2018, according to Internet Retailer, an e-commerce trade publication.

However, many online shoppers — concerned about ill-fitting clothes — buy shirts and pants in several sizes with the intent to return items that don’t fit. As a result, apparel retailers have some of the highest return rates in the industry: upwards of 40 percent. The median return rate for brick-and-mortar and online retailers last year was 10 percent, according to the National Retail Federation.

“Globally, there are a lot of conflicting size standards,” said Venky Shankar, research director at Texas A&M University’s Center for Retailing Studies. “A small in east Asia is different than a small in the U.S. It’s hard to have a single standard.”

Returns are costly for apparel retailers, who must pay additional labor to restock and resell used clothing at a fraction of its sticker price. Retailers across all categories last year reported $369 billion in returns, including $30.7 billion in Texas, according to Appriss Retail, a California-based retail service firm.

Fit:Match and other apparel retailers are investing in body measuring tools to combat returns. Some companies have seen online returns decline by as much as 40 percent after implementing measuring technology, according to Goldman Sachs, a New York investment bank.

Amazon in 2017 acquired Body Labs, a New York-based startup specializing in 3D body scanning and modeling technology. The Seattle-based e-commerce giant, which has launched several apparel brands in recent years, offers a service called Prime Wardrobe that ships clothes to Amazon Prime members to try on before buying them.

Adidas tested laser body scanning technology at a pop-up shop in Germany that sold custom-designed knit sweaters. MTailor has an a smartphone camera app that customers can use to measure themselves and purchase custom-fitting shirts, blazers and dress pants. Others, such as Sizer, MySizeID and Dress Measurement, offer similar digital measurement apps using smartphone cameras.

“This is the start of something we think is revolutionary,” said Haniff Brown, Fit:Match’s founder and chief executive.

To be sure, retailers selling everything from suits to bras have long offered tailors, trained associates and sizing charts to help customers find the right fit. Digital measurements, which can be taken almost instantaneously and are purportedly just as accurate as traditional tailors, can help lower the barrier to entry for customers and retailers, said Shankar, the Texas A&M retail professor.

“The idea is if you give customers better fitting garments, they won’t return them as much,” Shankar said. “Of course, online returns can still happen if they don’t like the quality of garments. But it’s more than likely if you get these measurements, you won’t return for lack of fit.”

“I’m permanently stuck between a medium and a large because I have long arms, but I’m slim,” Brown, 31, said. “Shopping online was always difficult for me.”

Brown, a Jamaica native who studied math and psychology at Williams College and later worked on Wall Street, started seriously thinking about solutions to so-called “fit risk” three years ago. He was touring a Mississippi garment factory, conducting due diligence for a private equity firm, when he saw a semi-tractor trailer truck roll up, filled with returns.

“That was the ‘aha’ moment,” Brown said. “I thought there had to be a better solution.”

Texas Inc.: Get the best of business news sent directly to your inbox

Brown quit his cushy job in Manhattan and enlisted the help of Cornell University Professor Emerita Susan Ashdown, who had been studying the apparel industry and body scanning for years. He purchased a sub-$10,000 infrared camera system from a Hong Kong vendor, and tested his software at Cornell before launching pilot programs last year in Miami and then at a Brookfield mall in Coral Gables, Fla.

After the pilot programs wrapped up, Brown took Fit:Match to Houston on the advice of mall giant Brookfield. Houston, with its growing population and diversity, was an appealing fit.

In mid-November, Brown opened a pop-up shop in Baybrook Mall. Fit:Match, which is based in Miami and has 10 employees, plans to run the temporary shop until at least March, and then expand to The Woodlands Mall, he said. The company, which part of Austin-based start-up accelerator Capital Factory, is seeking to raise approximately $5 million in venture capital.

The Fit:Match store in Baybrook mall was designed to look less like a traditional retailer selling garments and more like an experience.

The store features a bank of computers where customers can register to be “fitched,” or measured, in a fitting room in the back of the store, and then shop online for clothes that fit them. Neon signs, colorful lights and mirrors with phrases such as “Who has time for returns?” and “Shop what fits, not what doesn’t” are sprinkled throughout the space. A rack of just 50 to 60 athleisure clothes line one side of the wall next to a balloon sculpture.

The retailer has partnered with 15 apparel brands, mostly e-commerce startups selling garments direct to consumers. These brands include Urban Savage, an athleisure wear company; Samshek, a dress company from India; and No Pise La Grama, a Venezuelan dress company. Prices range from $60 to more than $500 for a dress. Fit:Match currently only sells women’s clothing, but plans to branch out to men’s and children’s clothing.

As with other businesses that use technology to upend a longstanding industry, Fit:Match’s model is as much about amassing a large database of customer information, including name, sex, age, email, fit preference and body measurements, as it is selling clothes. Sales staff don’t work on sales commissions, but rather on how many customers they sign up and get measured. The company has collected 1,000 customer measurements within a few weeks.

Fit:Match takes a 25 percent to 45 percent commission on each sale made on its platform, and charges a flat fee to showcase e-commerce apparel brands in its store. Brown said he ultimately plans to offer clothing brands access to valuable customer contact and measurement data for marketing purposes.

He also plans to create a web application that retailers can use to augment their websites to only show customers clothes that fit them. Uniform and wedding dress retailers could also benefit from Fit:Match’s technology, he said.

“It’s a data play on retail,” Brown said of his company. “Data is more valuable than oil.”

Privacy experts are increasingly concerned about companies collecting biometric data such as fingerprints to facial scans. They worry about how the data will be used by law enforcement and hackers.

Brown said he is keenly aware of those concerns. Unlike smartphone apps, Fit:Match’s camera technology doesn’t take photographs. Their 3D body scans, which have a slight resemblance to the Transportation Security Administration’s airport scanner images, do not reveal private parts. All customer data are encrypted.

“Privacy is very top of mind for us,” Brown said. “We have to be aware of that. People are trusting us with their data.”

Fit:Match also tries to create a comfortable experience for customers getting measured, providing bathrobes and complimentary yoga pants. Associates guide customers through the measurement process, which requires that they wear tight-fitting clothes and takes a few minutes to complete.

Customers can start shopping clothes that fit them on Fit:Match’s website the same day. After every purchase, shoppers are surveyed about how the garments fit them — results which are used to help other customers on the platform.

Shoppers who have gotten “fitched” range from college students to a 78-year-old grandmother, Brown said. Most people are excited to get their measurements, and several have posted selfies on social media to commemorate their visit, Brown said.

Lashe Harris, 26, was shopping at Baybrook Mall recently when she came across the Fit:Match store next door to the Apple store and decided to give it a try. The League City resident took a few minutes to get measured, an experience she said was pleasant. She added she wasn’t concerned about privacy over her body measurements.

“I thought it was a nice idea,” Harris said. “I want the correct size when I order clothes.” 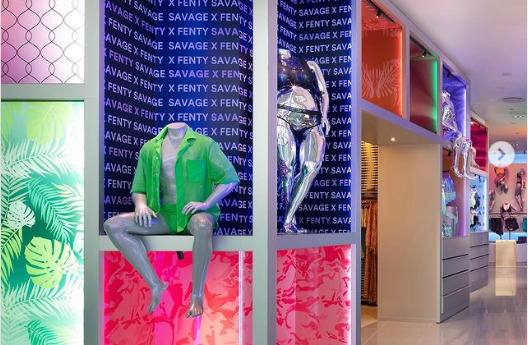 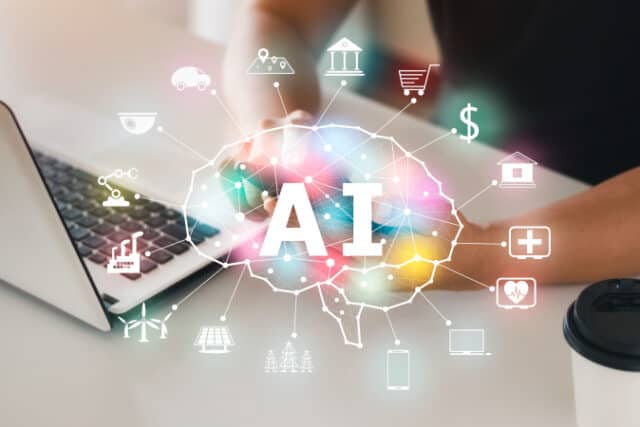 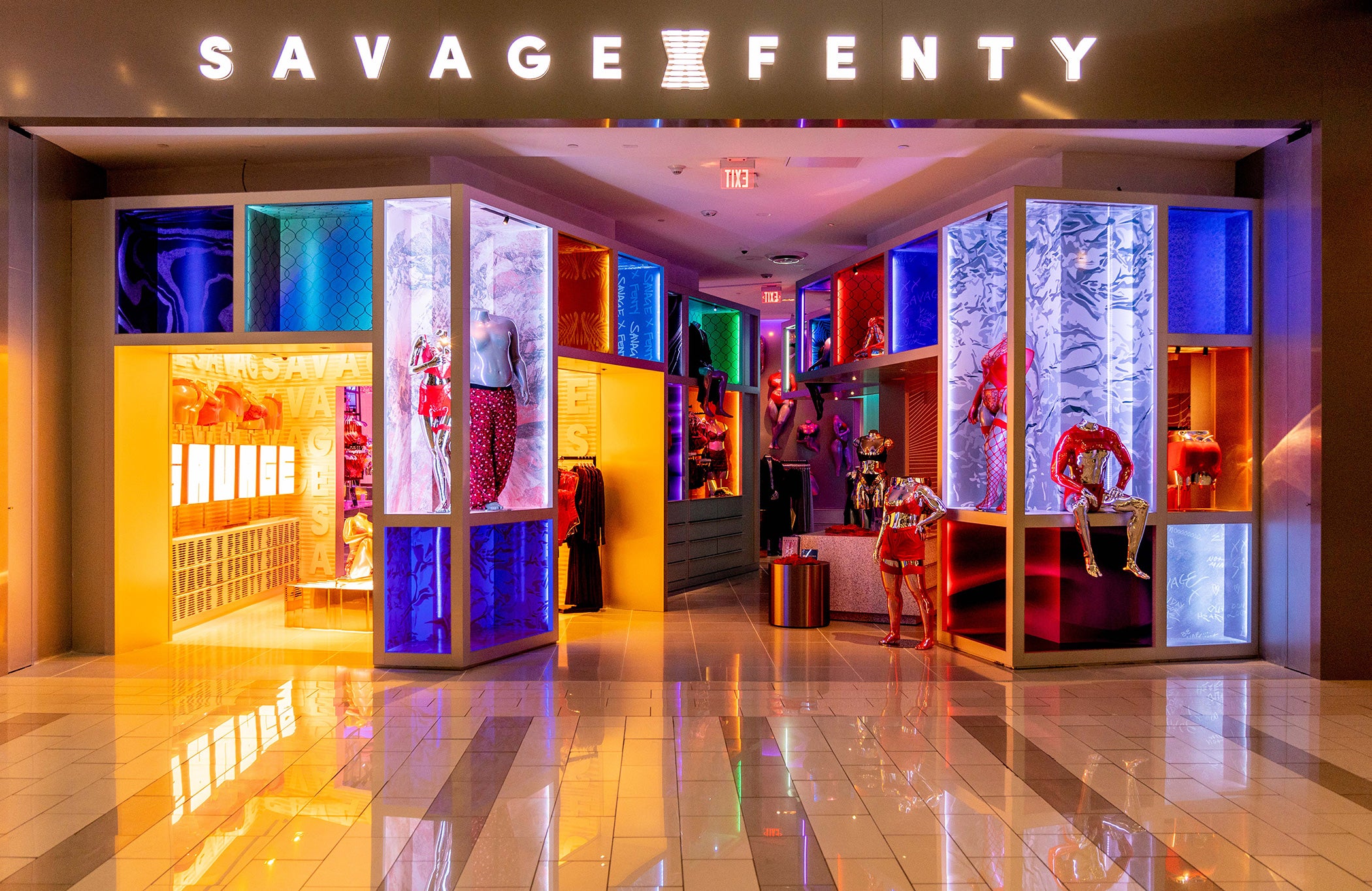 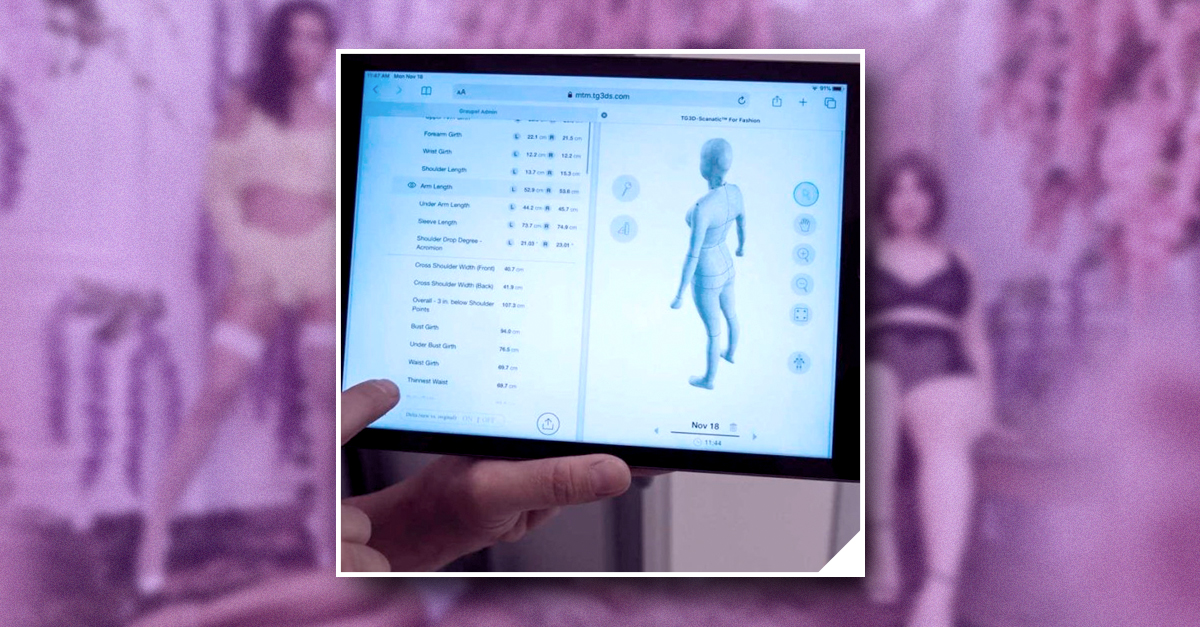