No more dressing rooms: This virtual fitting experience is moving into Brookfield malls

Tired of schlepping into dressing rooms to try on clothes and find your right size? And feeling like you’re a different size at different stores?

Well, there’s a new solution for that.

A start-up that has developed 3D technology to scan your body in under a minute and tell you what size you are for different clothes at different retailers has teamed with one of the biggest U.S. mall owners to start opening kiosks at malls across the country.

Fit:Match is rolling out this fall a handful of spaces with Brookfield, which owns malls such as Brookfield Place in downtown New York and Fashion Show in Las Vegas, the companies announced Tuesday. The first open at Oakbrook Center in Chicago in mid-August, followed by Glendale Galleria in Los Angels and Stonebriar Centre in Dallas in mid-September.

The retail start-up’s founder and CEO said he wants to disrupt an archaic industry and fitting process and to help many apparel companies boost their bottom lines by getting to know their customers better — down to their exact pant, shoe and shirt sizes.

“How do you make apparel shopping profitable? You limit returns, and you increase conversion rates,” Fit:Match founder and Chief Executive Haniff Brown told CNBC. “You don’t have to spend as much money on marketing for a person when you know them already.”

“We thought, just walking into a store to get fitted is boring,” said Patty Hirt, director of retail development at Brookfield Properties, about why the two teamed up. She said many people passing by the Baybrook location would be intrigued to come and see this new technology being used in real time — younger shoppers especially. The average age of visitors was 26, she said.

“Now, that have a lot of brands approaching them” to get on the Fit:Match platform, she said. “We decide to work with them to help them scale.”

All of this transpired before the coronavirus was declared a pandemic on March 11. Fit:Match and its technology have been years in the making. Now, the concept just makes even more sense.

Retailers have been considering virtual fitting rooms for many years. Several start-ups such as Israeli-based Sizer and the body data platform 3DLOOK tout the ability to scan bodies to help with sizing in retail. None of these concepts has been able to grow at scale yet, but the pandemic could give them a boost.

People by and large are not comfortable going back into fitting rooms. One recent survey found about 49% of millennial consumers said they would not feel safe trying on clothes in dressing rooms, even after the pandemic subsides. And that percentage was much higher for baby boomers, at 71%.

Overall, according to the poll conducted by retail predictive analytics company First Insight, 65% of women said they would not feel safe trying on clothes in dressing rooms. Fifty-four percent of men said the same.

“The coronavirus has moved this industry away from high touch to low touch,” First Insight Chief Executive Greg Petro said.

According to Brown, getting a scan with Fit:Match is going to be a “totally contactless” experience, which would bode well for people afraid to physically try on clothes.

A 10-second body scan will take more than a dozen measurements of a person, which are then synced with the inventory at each of its retailer partners to show the person items he or she might like based on fit, Brown said. It also hides the inventory that does not fit.

Each user gets a fit “ID” that they can personalize over time, and get fitted again as their body changes.

Fit:Match’s goal is to add more retailers to its platform over time. It has not yet disclosed which companies it is currently working with.

In the future, bricks-and-mortar apparel stores will solely serve as “vehicles to provide fulfillment,” Brown added. “We view this as the future. This will become table-stakes.”

Brookfield has also invested money into Fit:Match, which is headquartered in Fort Lauderdale, Florida, but the company declined to say how much.

“I absolutely see this going out across the country,” Brookfield’s Hirt said. “Think about fit on every level. Back-to-school for kids ... retailers really struggle to get sizing right for kids. There are a number of applications.” 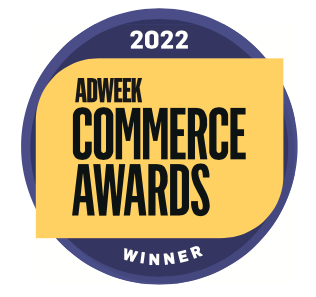 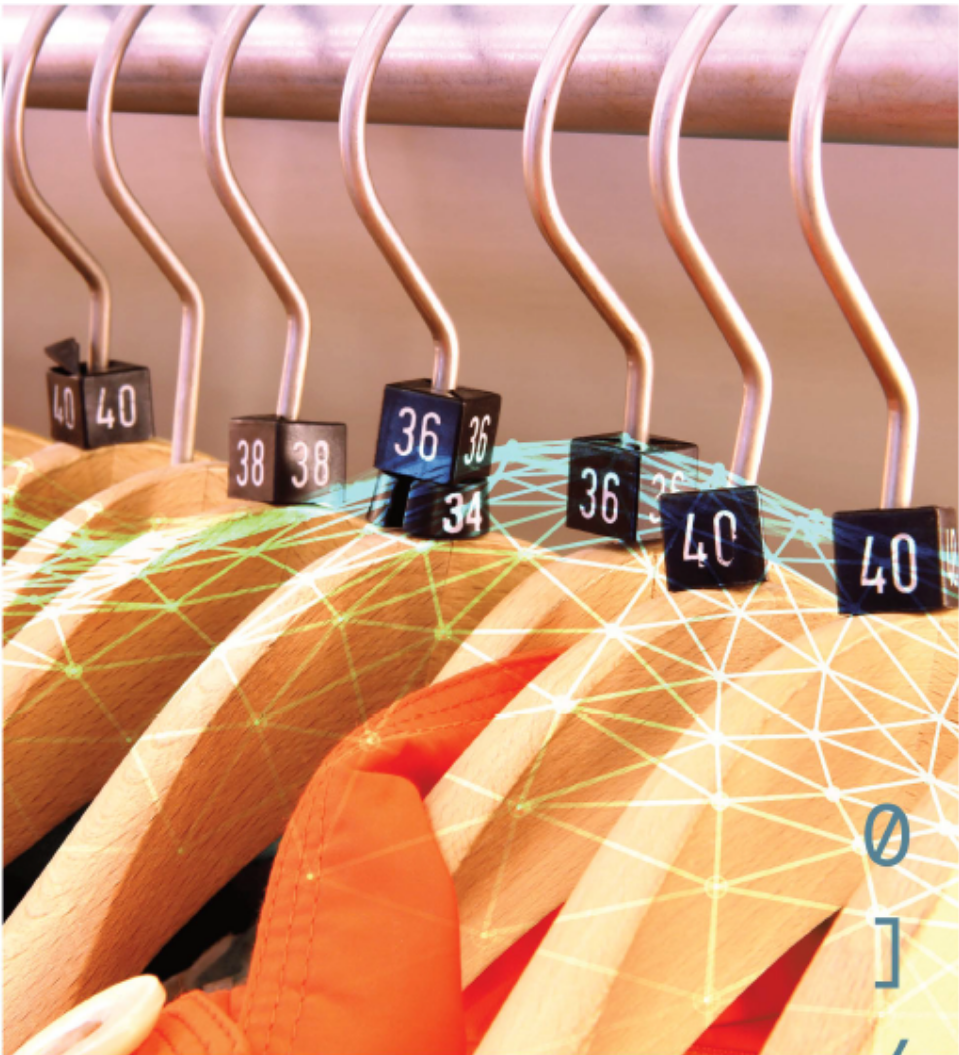 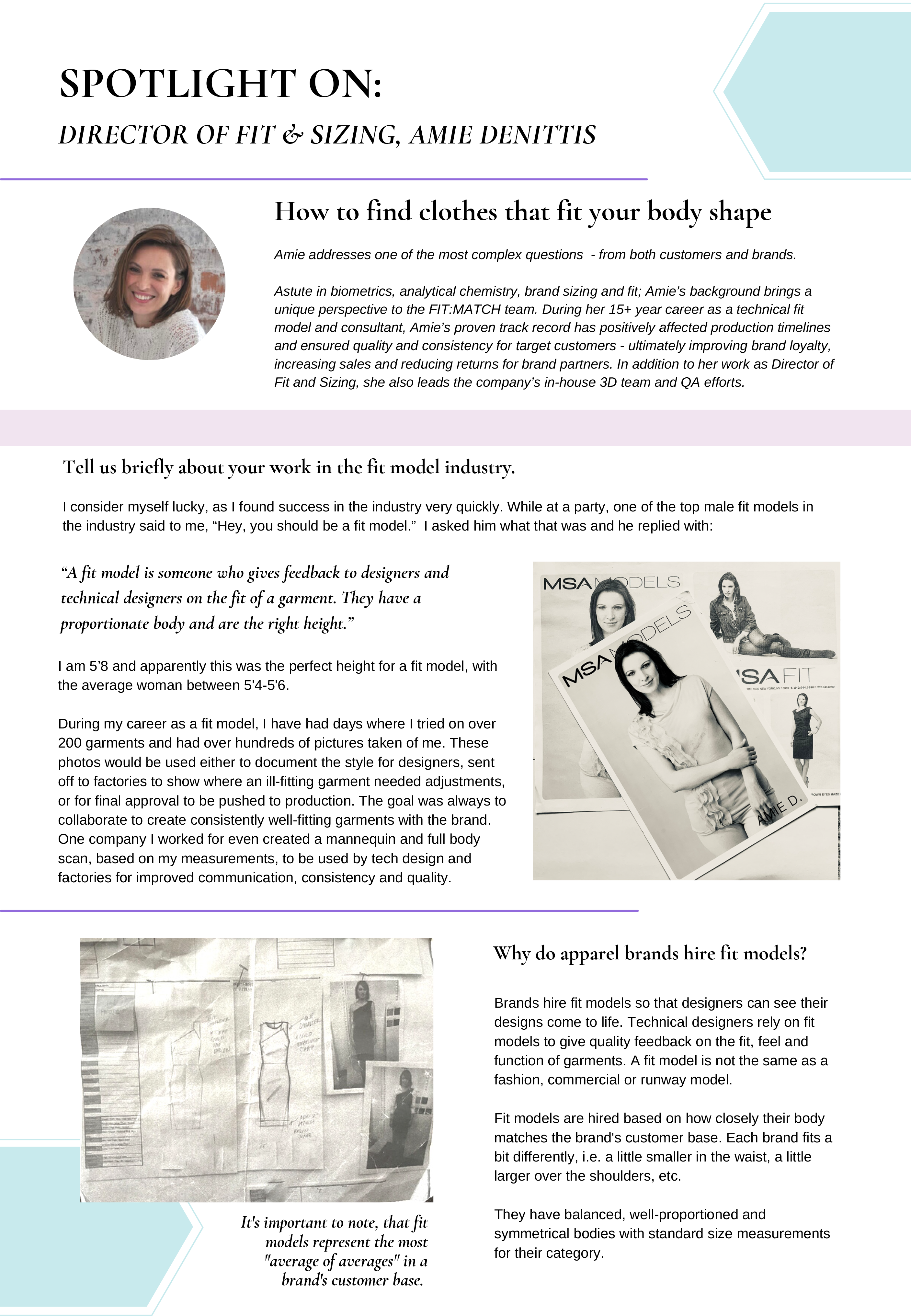 Spotlight On: Director of Fit & Sizing, Amie DeNittis: How to Find Clothes That Fit Your Body Shape