In November, on the first floor of Friendswood's Baybrook Mall, wedged between the Abercrombie & Fitch and the Apple Store, a small studio popped up. At the window, a bubblegum assortment of balloons replaced the usual spruced-up manakin, and the shop is sparse for racks of clothing.

That's because the Fit:Match studio isn't really trying to sell clothes — it's trying to help you buy them online. By fusing artificial intelligence with retail shopping, Fit:Match makes ordering clothes online more trustworthy. The writing on the walls promised to revolutionize the way that people could: "Shop what fits. Not what doesn't," reads a neon sign. The tech might not only reduce long waits for the dressing room — it could abolish it altogether.

"You never have to try on clothes again," says Haniff Brown, founder of the Florida-native startup.

The store does have a fitting room, but Brown says it's not really for trying on clothes — it's for preparing to "get fitched," the process through which the imaging tech measures a customer's body.

It's fitting that the pop-up sits next to the iPhone giant. Fit:Match uses the same 3D imaging tech as Apple's FaceID, Brown says, which blasts infrared light at thousands of dots at a user's face. Where the light bounces off, the AI technology images the person's face. The sensors at the Fit:Match studio in Baybrook Mall expand this to the rest of the body. In 10 seconds, the AI sensor lets people sketches a customer's shape through 150 measurements.

Those measurements become indicators of how well a piece of clothing will fit the wearer. In the initial phase of the project, Brown's team fitched thousands of women — wanting to keep things neat, the company hasn't ventured into men's fashion yet — and compared the scores of the AI's algorithm with how the women scored their own clothes.

Now, once a customer has been fitched at the Baybrook studio, she can log online through an app or the company site and sift through thousands of clothes that will likely fit her. Each clothing item — mostly smaller brands that range from eclectic pieces and dresses to athleisure right now, Brown says, although he's already working to partner with better-known labels — is rated with a percentage of how well it's likely to fit the individual customer, based on her measurements and on how snug or loose she likes her wear. From the array of brands, she'll get specific matches — clothes that have a 90 percent chance or higher of fitting — that might look completely different from a friend's. Over time, the app will also update her on the latest matches.

"You're going to have this personalized wallet," Brown says, adding that this will also decrease a store's rate of return. "You will see a completely truncated assortment of clothes that are meant to fit you."

The Baybrook Mall hosts Fit:Match's first location. Brown says he chose the Houston area for its size and demographics, calling it a "hotbed to test new ideas, to get traction, to get customer feedback," and is even considering expanding to the Woodlands Mall and other places around Texas, too. It's also not far from the Austin-based Capital Factory, which brought Fit:Match under its wing late last year to help the startup raise $5 million.

In the meantime, the five-member management team at Fit:Match is focused on getting more Houstonians fitched. In the first month of operations, the studio measured more than 1,200 mallgoers, and Brown says the company could fitch a quarter million in the next two or three years.

"We think that the opportunity here is immense," Brown says. 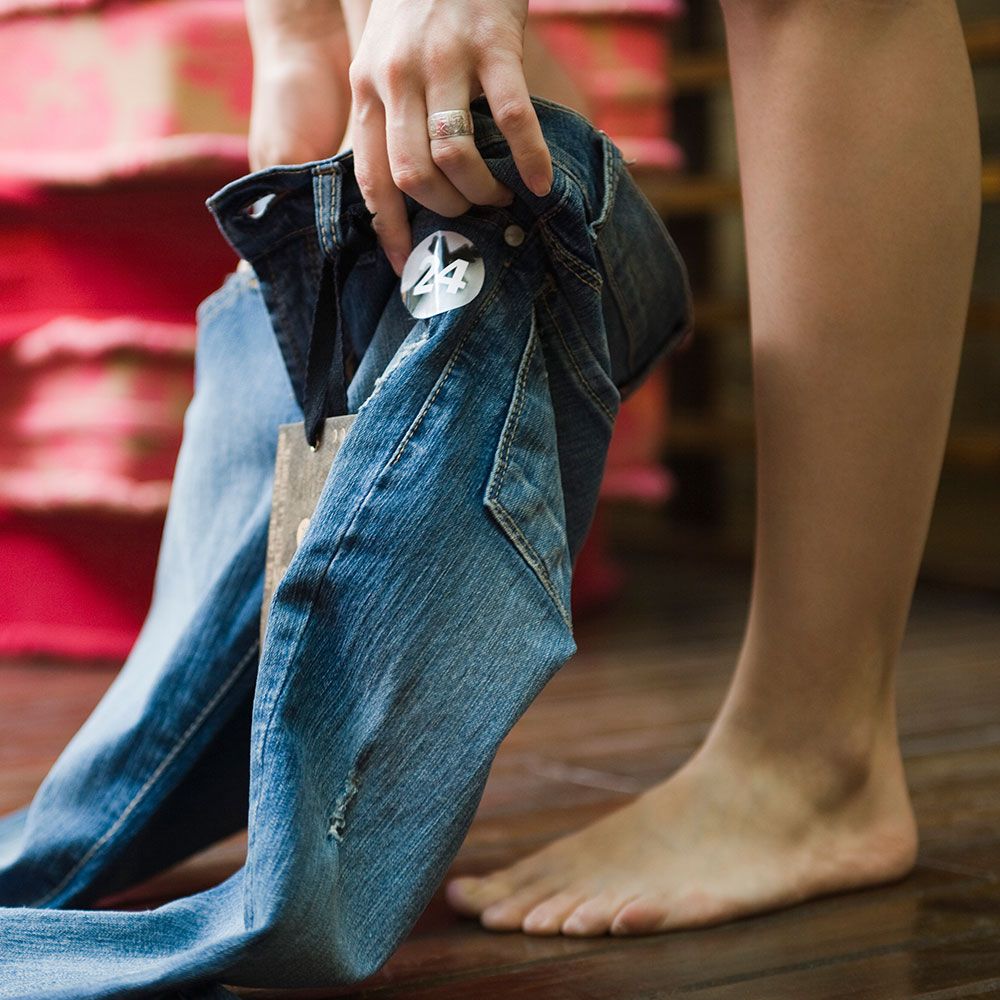 THE FUTURE OF SHOPPING FOR JEANS IS HERE!

Why Style Should Take a Back Seat to The Right Fit